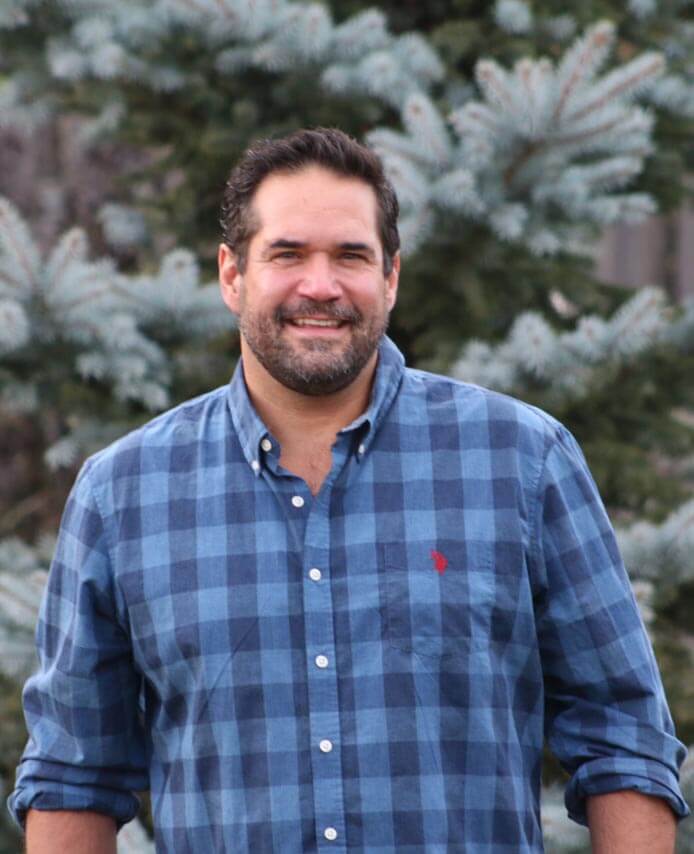 The Art of Anti-Aging is first and foremost a team of women and men dedicated to helping those in their “middle years” and beyond look their best, feel their best, and live long.

We’re passionate about helping you overcome the destructive aging myths that make far too many people, especially women, feel undesirable and “not good enough” when the exact opposite is true.

And we’re passionate about providing you the proven steps to bring out the best in you — physically, mentally, and emotionally — so your best years truly do start now.

The spotlight, however, inevitably always falls first on the founder, so in his own words…

“I’m Brian Vaszily — it rhymes with paisley, which I only occasionally wear in ties — and I’m currently 49 years old.

I was raised primarily by powerful and deeply beautiful women.

I’m currently still being raised and roused by my wife, who recently turned the big 4-0.

If I have two gifts — and I don’t count making people laugh despite themselves with my corny wit, because I work hard on that one — they are empathy and resolve.

I attribute both to these amazing female role models in my life.

Now, on the note of empathy and being surrounded by powerful women my entire life (except for a year back in 2010, but that’s a story for another time), I’ve long noticed how much time, money, and energy gets poured into “looking younger.”

Make no mistake, this is a major and growing concern for men, too, though they may tend to be quieter about it.

However, as the near $200 billion dollar anti-aging industry geared mostly to women attests, “looking younger” is largely a female pursuit.

And I long ago recognized there’s a healthy version of this: trying to do the right things to look and feel as young as you should.

And there’s an unhealthy version of this: trying by any means possible — including drugs, surgery, and toxic chemicals — to look 20 or more years younger than you actually are.

And I’ve noticed increasingly, in what is our undeniably youth-obsessed culture, that the unhealthy version is consuming women, especially starting in the late 30s and beyond.

To put it subtly, this bothers me deeply.

The best parts of me are because of the best parts of all the women who have graced my life, so to see so many struggling with this in the time that should be the best years of their lives… well, it’s both sad and appalling.

Part 2: An Almost Unbelievable Amount of Power Over How You Look and Feel

Now let me bore you a moment with my career, only because it’s important to the story.

For over 20 years, you could say I’ve been well-known in certain circles for being key to the growth of multiple successful natural health and wellness organizations, such as Mercola.com, The Healthy Back Institute, The Truth About Cancer, and Organixx. I’ve also helped Garden of Life, The Sedona Method, Body Ecology, BioTrust, and many others.

I also previously built my own successful wellness business called “Intense Experiences,” and authored a bestselling book called “The 9 Intense Experiences.” To sum that business up, I spent over a decade researching the most positively transformative experiences people could engage in, and through the business, the book, and lots of one-on-one coaching, I guided people through those experiences.

In a nutshell, the better part of my work has involved learning a very wide range of sometimes-complex physical, mental, and emotional health concepts, and then translating them into easy-to-understand and inspiring works that can help people.

And here is the key point:

While I do not agree with all the specific recommendations of the many luminaries I’ve worked closely with, I’m incredibly grateful for witnessing the life-changing power of the underlying theme that drives all of them. Here is that theme:

Whatever your circumstances right now, you hold an almost unbelievable amount of power over how you look and feel… over your emotional wellbeing and happiness… over how long and how well you live.

And oh yes, it’s very easy to allow negativity to rise up and deny you this power. It’s very easy not to believe this.

However, please focus hard on silencing that negativity if it arises in you.

Because not only have I witnessed many thousands finally embracing their true power and changing their lives, I’ve personally experienced it myself…

In my personal life, I’ve encountered a pretty decent-sized share of what others might call “serious hardships.”

Those are also stories for another time, but in brief they include my father’s severe alcoholism and emotional abuse of me in my youth; his complex, sometimes fascinating, but ultimately sad story including the tragic death of his first wife and his second son (my half-brother); andÂ his long-term suffering from a cruel and ultimately terminal disease.

They include me discovering that I was going to be a father at the age of 20, while my own father lay in the hospital bed suffering and dying, and the challenges of raising our wonderful boy at such a young age with barely a dime to our name. (Though it turns out fatherhood was one thing I was great at, and I have four total awesome kiddos today, ranging in age from 4 to 27.)

It includes growing up in a rather rough Chicago neighborhood where I lost several of my boyhood friends to gangs… the untimely deaths of several others close to me… my own two divorces… a bankruptcy… becoming so poor for the second time in life I had to sell my CD collection to keep our lights on for another month… and other assorted challenges.

Several of these challenges could have permanently devastated me, and a few came close.

However, it was only by taking control of my own story — finally embracing that often hard-to-believe power over my own life — that I learned what these challenges had to teach, and have not merely survived but thrived.

Yes, God and “chance” and genetics may play a significant role in where you’re at (though science shows you can even influence at least the latter two in your favor).

However, the remaining amount of power you hold to determine the path of your life — your health, appearance, longevity, happiness — is more immense than you may know.

And you perform it entirely through the choices you make.

That’s both an awesome responsibility and a gift, right?

It only makes sense that you equip yourself with the knowledge to make the BEST choices.

In Conclusion, It’s All About YOU

Because so many people in their late 30s, 40s, 50s, 60s and beyond have their self-image, self-worth, and happiness swallowed by all those false and ugly myths of aging,  like it’s “inevitable” that you’ll become undesirable, your energy will sink, you’ll suffer stiffness and pain, and it’s all downhill from here…

Because SO MUCH has been discovered in recent years about you truly can look and feel amazing  — the best possible version of yourself, without any surgery or drugs or toxic junk — but these essential insights are buried deep in all the “noise” out there…

Because it is all about the choices you make, and you deserve the most effective knowledge to make the best choices…

And because your best years truly can and should start now…

I decided it was prime time to launch this business and this mission called The Art of Aging, and the popular online anti-aging summit  Your Best Years Start Now.

If you appreciate our mission — if you feel we can help you and, by spreading this message together, bust those destructive aging myths and help many others — please join us free below ↓↓↓  (right now you’ll also get the important special report you’ll see when you do sign up!)

↓ Join Us FREE Below Right Now ↓ Join 70,000 people being empowered with the proven most important and life-changing insights from today’s top experts to look your best, feel your best, and live a long life doing it.

Right now when you sign up for The Art of Anti-Aging’s free newsletter, you’ll instantly be sent the important new 28-page report, “25 Toxic Home Products That Cause Early Aging & Disease.”

Your home is your sanctuary, so it’s not pleasant to think about whether it could cause you harm. But the truth is, the home products you use daily could be a source of toxins that contribute to premature aging and chronic disease.

In this special report you’ll be sent immediately, you’ll discover 25 harmful home products, along with simple solutions for stopping their toxic effects. Most people are exposed to at least 10 of these items daily, so you’ll want to check this list asap to see how much you’re being affected.

Your information is 100% private and will not be shared.

This information is presented for educational purposes only. It is not intended as a substitute for the diagnosis, treatment, or advice of a qualified, licensed medical professional. The facts presented are offered as information only, not medical advice, and in no way should anyone infer that we are practicing medicine. Seek the advice of a medical professional for proper application of this material to any specific situation. These statements have not been evaluated by the Food and Drug Administration. Any product mentioned or described on this website is not intended to diagnose, treat, cure, or prevent any disease. We recommend that you do your own independent research before purchasing anything. If you purchase anything through a link in this email or website, you should assume that we have an affiliate relationship with the company providing the product or service. As an Amazon Associate I earn from qualifying purchases.